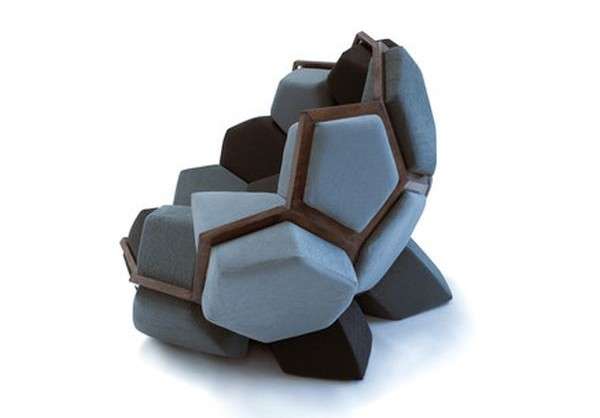 The Quartz Armchair by CTRL ZAK is Great for Small Spaces

Meghan Young — July 12, 2013 — Art & Design
References: touchofmodern & psfk
The Quartz Armchair resembles the face of a cliff not only for its grayscale coloring, but also for its protruding surface. The cushions that make up the bucket seat jut out at odd angles as though there were big rocks and boulders. What makes these 'rocks' extra special, however, is not just that they form the Quartz Armchair but also that they break apart into individual stools.

Perfect for small homes that require impromptu seating for a party, the Quartz Armchair was designed by CTRL ZAK and Davide Barzaghi. It is made up of 3D hexagons and pentagons cushions that rest in a birch wood frame. Priced at a whopping $13,999, the Quartz Armchair is full of depth that may not look comfortable, but certainly is.
5.5
Score
Popularity
Activity
Freshness