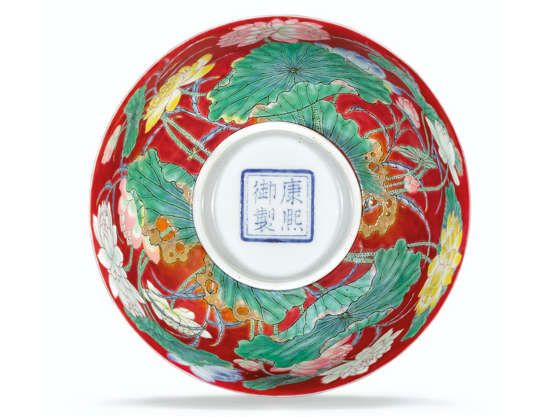 Brandon Bastaldo — April 11, 2013 — Luxury
References: sothebys
Share on Facebook Share on Twitter Share on LinkedIn Share on Pinterest
After having a few guests over for lunch, most people turn to tea time to bring out their fine China to impress their guests, but after this rare Qing Dynasty bowl was sold for $9.5 million at a recent auction, luxury lovers are sure to be questioning the validity of their brand new, fine dining kitchen sets.

If the alarming price tag of the the Qing Dynasty bowl hasn't shocked you enough already, you'll be blown away to learn that this ancient artifact was sold shortly after another Chinese Red Bowl, discovered at a garage sale, which was sold for approximately $2.5 million.

This Qing Dynasty bowl has been dated back to the late 1710s, and was appraised by a ceramics expert named Nicolas Chow who deemed the bowl to be in perfect condition.
2.7
Score
Popularity
Activity
Freshness
Get the 2021 Trend Report FREE