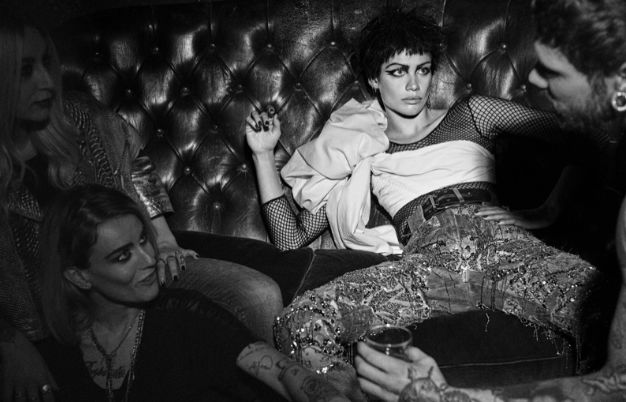 Sara Sampaio Stars in the Latest Issue of Vogue Spain

Meghan Young — January 21, 2016 — Fashion
References: vogue.es & fashiongonerogue
It looks like Vogue Spain is predicting an embrace of the extreme edginess with its punk photoshoot. Appearing in the February 2016 issue, it stars model Sara Sampaio, who has been transformed into a 90s teen with her short tousled tresses created by hair stylist Andrew Guida and thin penciled brows by makeup artist Jessica Nedza.

Yet it is the outfits that make this punk photoshoot stand out. Styled by Marnau, the Portuguese beauty is outfitted in a mix of mesh tops, distressed denim and leather pieces. She was shot by photographer Giampaolo Sgura, who captured her on location lounging on a luxe leather couch and in studio against a bright white backdrop. Although grungy, there's a haute couture twist to each look.
5.4
Score
Popularity
Activity
Freshness