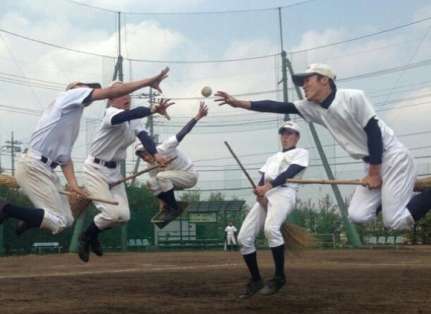 Jordy E — April 11, 2013 — Pop Culture
References: laughingsquid & mymodernmet
These Public Pottering images point to a new viral meme obsession. Prompted by a Facebook page, members from around the world submitted their images of classic Harry Potter scenes, hence the broom sticks that hovered above the ground.

Pottering has quickly spread into the realm of Quidditching, a related segment of memes that has seen the recreation of Harry Potter Quidditch games. Pictures of said meme were originally shared on behalf of a Japanese baseball team, seen in turn by thousands as it spread throughout the Internet. Akin images have as such been created, giving way to even greater buzz surrounding the Harry Potter series. Present within each attempt are carefully orchestrated movements, capturing the participants in mid-air.
5.6
Score
Popularity
Activity
Freshness