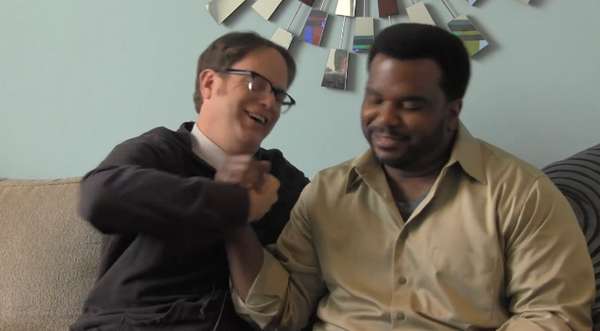 Actors Promote The Office with a Very Unusual Method

While Robinson sits by supporting his friend, Wilson consistently repeats how the show is "filth that will rot the brain." Throughout, he also repeats on numerous occasions, what time, what day and which network the show will be played on. For those who may not know, The Office airs at 9pm on Thursdays on NBC. Their style is very reminiscent of the sarcastic banter that typically goes on in one of its episodes.

Unfortunately for many of its fans, the show is now in its final season, which is why it is a great opportunity to take the opposite advice in their video promoting The Office.
0.3
Score
Popularity
Activity
Freshness
View Innovation Webinars