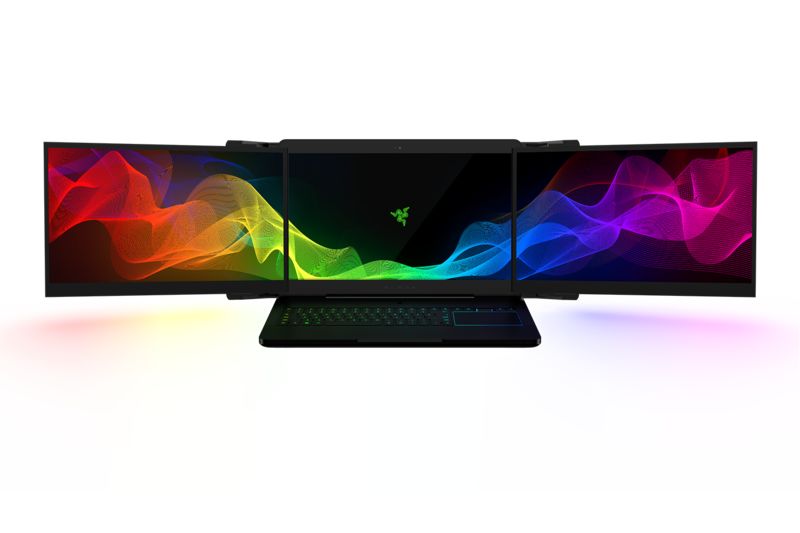 Joey Haar — January 9, 2017 — Tech
References: razerzone & engadget
Share on Facebook Share on Twitter Share on LinkedIn Share on Pinterest
Razer's 'Project Valerie,' on display at CES 2017, is being touted as the world's first laptop to come stock with a three-screen display. Indeed, Project Valerie folds up just like any other laptop, but upon opening the computer, users will be treated to two extension screens folding out from the center display.

Each of Project Valerie's three 17.3 inch screens supports 4K graphics, and the entire computer is powered by an NVIDIA GeForce GTX 1080 GPU capable of supporting NVIDIA Surround View. This makes the computer ideal for hardcore gaming or serious graphics work.

The main concern for a laptop with two fold-out screens would be it's size when not open. Razer has considered this, however, and it made the Project Valerie laptop the same width as a standard gaming laptop when folded up.
5.3
Score
Popularity
Activity
Freshness
Get the 2021 Trend Report FREE