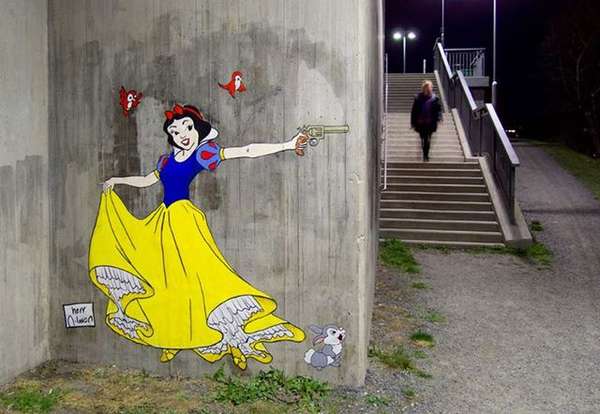 Nilsson's murals look uncannily like the original Disney creations, down to their famous dresses and serene smiles. However, by adding a weapon to the princesses' delicate hands, Nilsson automatically turns these princesses into violence-promoting critiques of pop culture. He also draws them as if they're lying in wait for someone to come around the corner of the building on which they're painted. This murderous mentality contrasts the princesses' soft, feminine smiles, creating a darkly humorous satire of the Disney franchise.

With these murals, Nilsson has proven that he is not only a great artist, but also a wonderful parodier whose humor can be appreciated all over the world.
6.9
Score
Popularity
Activity
Freshness
Access Advisory Services