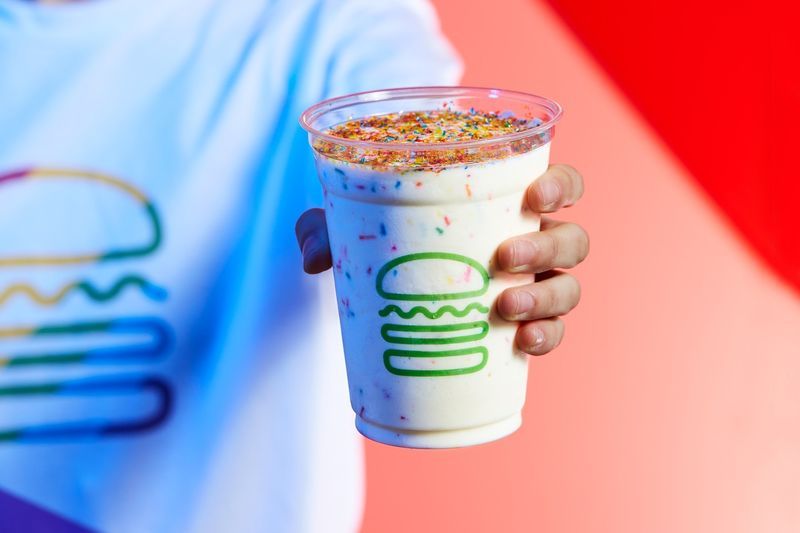 Kalina Ned — June 10, 2019 — Fashion
References: shop.shakeshack & hypebeast
Share on Facebook Share on Twitter Share on LinkedIn Share on Pinterest
Shake Shack is a beloved, New York City-based burger chain which, once again, debuts a special menu item and limited edition pride merch for the month of June. The quick-serve restaurant has become an influential entity in the American context and its extension in the LGBTQ+ environment has some positive implications.

In honor of Pride Month, Shake Shack is releasing a special cake batter-based milkshake that is topped with "rainbow glitter sprinkles." In addition to this menu item, the burger chain is also debuting a slick collection of pride merch that includes a baseball cap, cropped and classic cut tees, an acrylic rainbow burger chain, and Bombas socks.

Aside from the milkshake and pride merch, Shake Shack will be making a donation of $25,000 USD to support the operation of The Trevor Project which is a not-for-profit that is focused on preventing suicide within the LGBTQ+ community.
3.8
Score
Popularity
Activity
Freshness
View Innovation Webinars