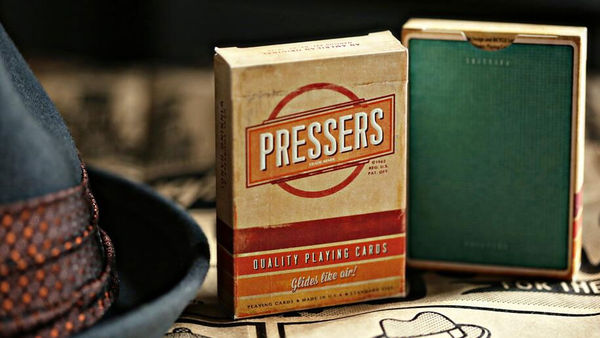 The Pressers Playing Cards Will Keep Your Card Games Classy

Mesel Isaac — January 17, 2014 — Special
References: doobybrain & fancy
For those who consider themselves to be classy guys and gals, the Pressers Playing Cards by Bicycle are a set of cards you can't afford to be without at your next poker game.

These Mad Men-inspired cards have designs you expect to find in such a deck, the Kings and Queens both display elegantly dressed men and women of the era who are either holding cigarettes, wine, scotch or a pipe in either hand; while the Aces showcase the magnificent New York skyline.