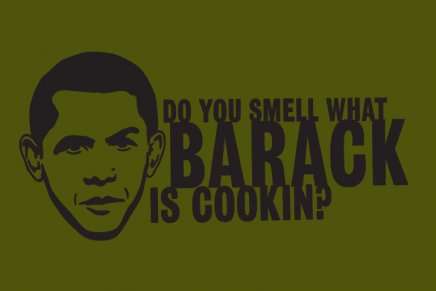 Alex Covert — June 11, 2008 — Social Good
References: bustedtees & newsflavor
T-shirts are something to wear, a canvas for art, and a place to keep the pulse of a thin slice of the American public. Whether Republican or Democrat, there are already numerous designs to choose from for the November presidential elections. "Can You Smell What Barack Is Cookin?" and "McCain Is My Homeboy" are two of your potential choices.

Implications - Political smear campaigns and slogans are as old as the concept of government itself, and humor is one of the most effective ways to convey a campaign message. During the 2008 election, pop culture memes and Internet humor were woven closely into fan-created political apparel, signifying the rise in "everyman" advocacy.
1.5
Score
Popularity
Activity
Freshness