26 Ways for President Obama To Really Get Ginned Up 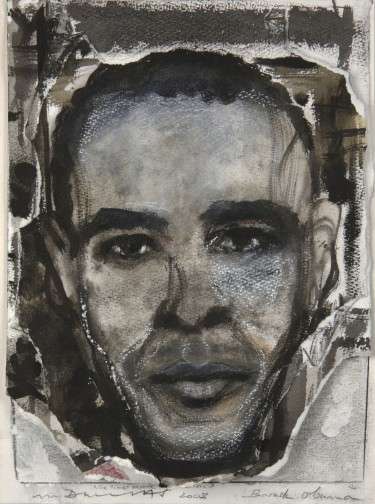 TrendHead — March 7, 2009 — Pop Culture
References: flashartonline
Share on Facebook Share on Twitter Share on LinkedIn Share on Pinterest
This is the second time US president Barack Obama has graced the cover of art magazine Flash Art International. The piece is by artist Marlene Dumas, who created this magnificent black/white/grey portrait of President Barack Obama, entitled "The Times Before the Election" in 2008.

The cover artwork is featured on the March/April 2009 issue of the magazine and was created using watercolor, pastel, graphite, ink, staples, and collage on paper.

The Superman-infused Obama cover is from the Italian version of the magazine, Flash Art Italia. Unfortunately, my Italian language skills aren’t strong enough to gather more information about the last one. My guess is that it is a parody of Silvio Berlusconi.
2.8
Score
Popularity
Activity
Freshness
Get Trend Hunter Dashboard