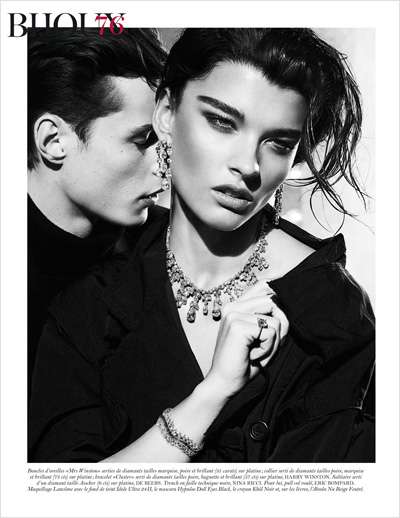 The duo are captured by famed photographer Giampaolo Sgura, exuding a wide range of emotion and showcasing plenty of chemistry. Styled by Géraldine Saglio, the couple are the epitome of vintage glamor.