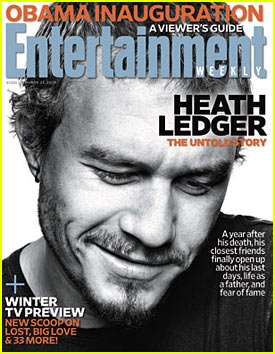 Born in Perth, Australia, Heath was only 28 years old when he died in his New York City Apartment.

“At the time of his death," notes Entertainment Weekly, "Heath was just months away from reinventing the Joker in the highly anticipated Batman Begins sequel, The Dark Knight.”

A year after the actor’s untimely death, some of the actor’s closest friends opened up and talked to EW about about Heath’s character and personality, some of which were featured in the magazine.
1.2
Score
Popularity
Activity
Freshness
Access Advisory Services