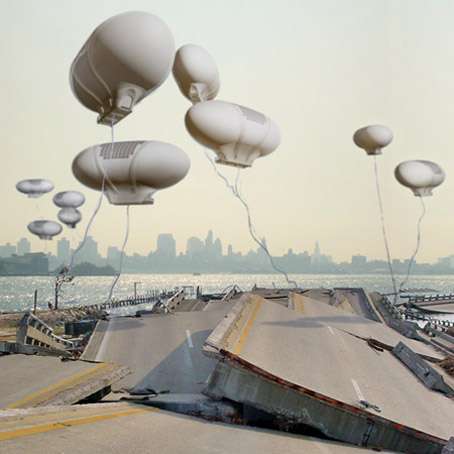 Ayman — February 10, 2008 — Art & Design
References: nyc.gov
Share on Facebook Share on Twitter Share on LinkedIn Share on Pinterest
New York City sought innovative ideas for providing provisional housing for residents who may lose their homes as the result of a catastrophic coastal storm. Because of the city's high population density and the desire to resettle as many residents as possible in their former neighborhoods, a new paradigm is sought to supplement existing temporary housing programs.

The city scenario presents the story of the disaster from a general perspective, highlighting policy and decision making. Because a successful plan for Provisional Housing is constrained by factors beyond the physical nature of the site, Competitors should be aware of disaster response and recovery operations but not be bound by current regulations and programs.

The neighborhood scenario demonstrates the evolution of the ground conditions for which the Competitors are designing. Damage assessments, debris removal and utility restoration all play major roles, but most important is the disruption and gradual resumption of normal life for the displaced population.

The built environment of the neighborhood is a collage, drawn from parts of the city that are most vulnerable to storms while maintaining the diversity of land and building types found across New York City neighborhoods. The storm damage and recovery process in this neighborhood would be typical; therefore, a design for Provisional Housing that works for Prospect Shore could

For more information visit the "What if NY City..." site here

75 Examples of Apocalyptic Artwork
From Desolate Editorials to Flooded Subways