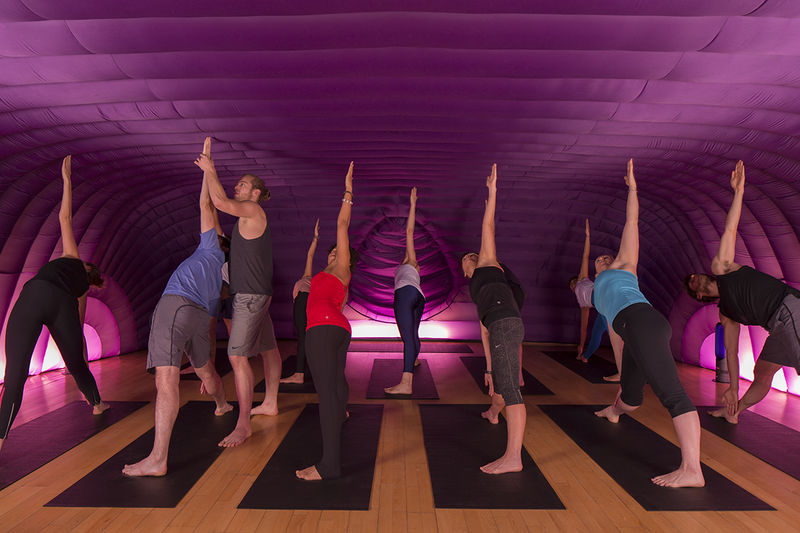 Laura McQuarrie — July 17, 2015 — Lifestyle
References: hotpodyoga & marieclaire
Share on Facebook Share on Twitter Share on LinkedIn Share on Pinterest
Considering the success of temporary retail shops, it was only a matter of time before a pop-up yoga studio was introduced to the world. Hot Pod Yoga provides hot vinyasa yoga classes inside its inflatable tent-like heated studios. Just because this studio doesn't have permanent roots doesn't mean it's any less challenging than a typical class—the interior is heated to a scorching 37 degrees, so there's plenty of opportunity to sweat. In a single class, on average, people tend to burn about 700 calories.

Hot Pot Yoga's portable studio can be pitched anywhere, including office spaces and homes, provided there is sufficient space for the structure.

As ancient as the practice of yoga is, it is now becoming immensely popular in the West, especially as the traditional classroom environment is reinvented with styles like SUP yoga, classes taught indoors with surfboards, as well as feline-friendly yoga classes.