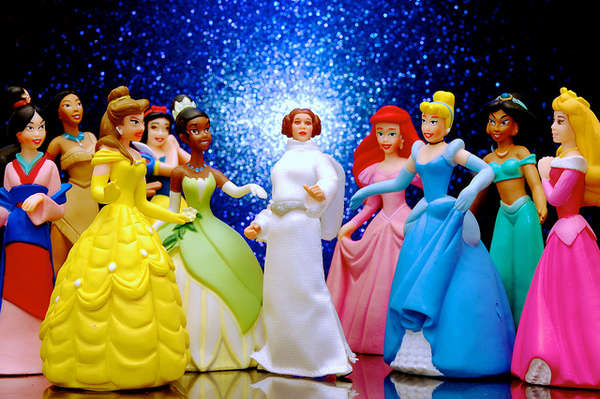 One of Hancock's funniest creations shows a group of Disney princess dolls clustered together in front of a radiant blue backdrop. However, right in the middle of them is a white-robed Princess Leia looking proud as ever, although she sticks out like a sore thumb. Another hilarious photograph shows the iconic psychiatrist stand from the Peanuts TV specials and comic strips. A Charlie Brown figurine mopes around the stand, asking for advice. Instead of Lucy behind the stand, however, there is the one and only Skeletor.