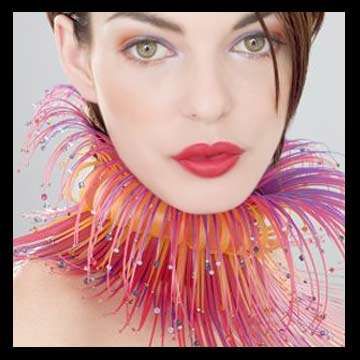 Tinkalicious — December 13, 2008 — Fashion
References: anoushwaddington & popgloss
Share on Facebook Share on Twitter Share on LinkedIn Share on Pinterest
At first glance, the work of Anoush Waddington appears to be made of feathers or some similarly organic material. The medium for these creations is actually polypropylene, a lightweight plastic. From her London-based studio, Waddington’s work overcame many of the technical issues others faced in their use of this product.

Brought up in Brazil, Anoush Waddington first got her artistic feet wet in the music industry and even has a #1 hit record under her belt. After emigrating to the UK, she pursued a modeling career, followed by a stint in the animation industry. All of these influences appear in the creations displayed here.