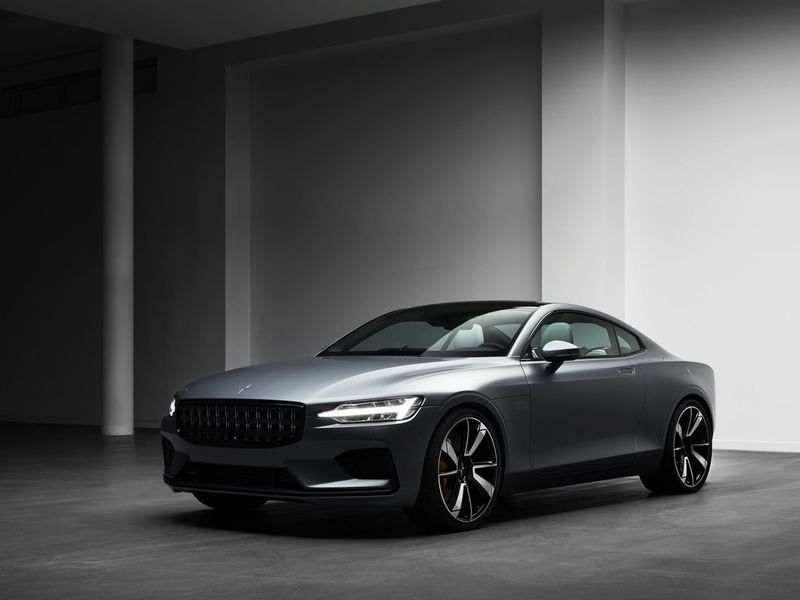 Tesla is Being Challenged Thanks to the Polestar 1 Coupe

Justin Lam — March 7, 2018 — Autos
References: wired & theverge
Share on Facebook Share on Twitter Share on LinkedIn Share on Pinterest
In 2017, Volvo refocused its race-tuning sub-brand Polestar on electric performance and at the 2018 Geneva Motor Show, the fledgling brand revealed the Polestar 1 Coupe. The hybrid two-door coupe was built specifically to challenge Tesla and does so in its impressive design and admirable performance. Two electric motors in the back of the Polestar 1 Coupe offer up 218 horsepower and an estimated range of 93 miles on a single charge. For improved performance, a two-liter, four-cylinder gasoline engine backs up the electric ones to give the vehicle a full 600 horsepower.

The exterior of the Polestar 1 Coupe carries a modern, but aggressive look. The windows are completely frameless and the side mirrors feature bezel-less designs. The interior sports white leather and subtlety muted orange embellishments, accompanied by a host of shiny chrome widgets and controls. The Polestar 1 also utilizes a “phone-as-key” system, which allows users the ability to get into the car with their smartphones.
5.9
Score
Popularity
Activity
Freshness
Get Trend Hunter Dashboard