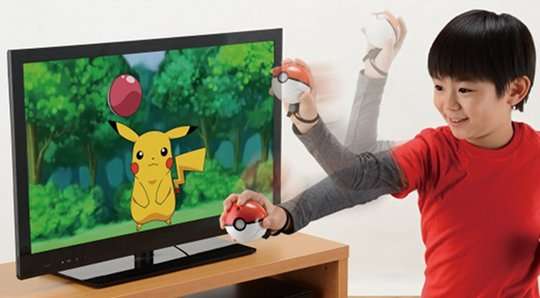 This toy, known as the 'Get! Television Monster Ball,' allows players to physically feel as though they are Ash and engage with the characters on the screen. This little piece of technology comes with a DVD game. Once set up, and two AAA batteries are loaded, players use the ball to "get" the monsters that appear on the screen. This poké ball works similar to a wii remote, as what players do with the control affects what happens on the screen. However, when a player sees a character they want, they create a "catching" motion with their hand, causing the character to disappear from the screen as though it's now in your hand.

The Pokemon monster ball is a fun game to play with friends to see who can "catch 'em all!"
2.1
Score
Popularity
Activity
Freshness