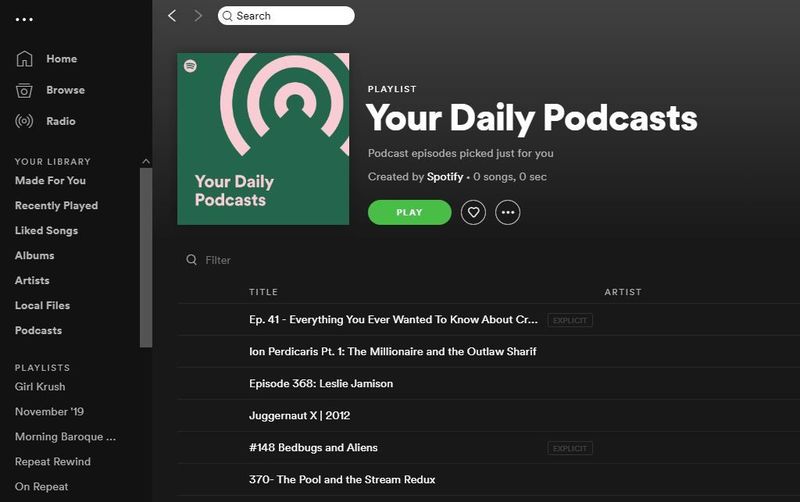 Spotify's 'Your Daily Podcast' Playlist is Based on User History

Daniel Johnson — November 19, 2019 — Tech
References: newsroom.spotify & engadget
Share on Facebook Share on Twitter Share on LinkedIn Share on Pinterest
Spotify will now present users with podcast recommendations each day. The new feature is titled 'Your Daily Podcasts,' and it is generated based on the user's previous listening habits. Spotify derives its podcast recommendations in a very similar way to its daily music playlists.

The company will attempt to not spoil podcasts for its users. This will be done by not recommending latter episodes in a series if users haven't listened to previous episodes.

Spotify has seen success by expanding its podcast content, and the company stated that it has had "exponential growth in podcast hours streamed." The feature will be available to users in the United States, Germany, Sweden, Brazil, Mexico, Canada, Australia and in other locations.