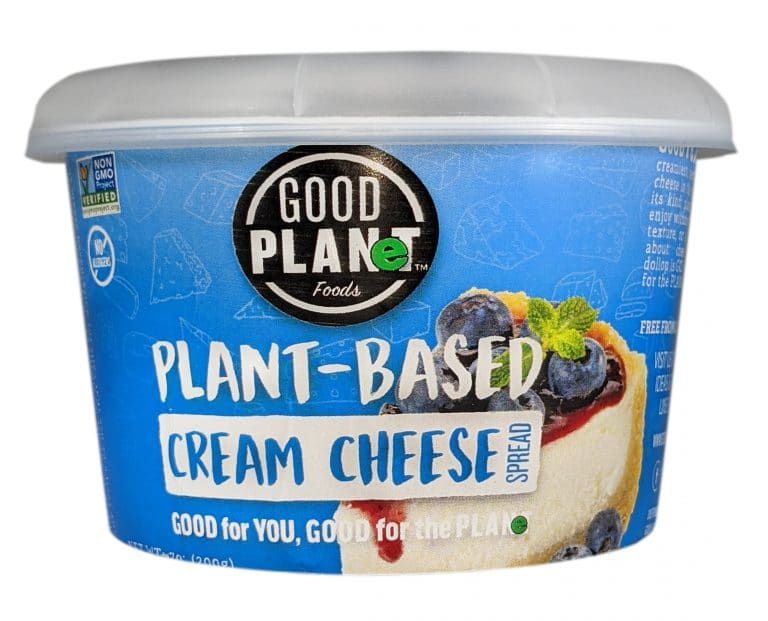 GOOD PLANeT Foods' Plant-Based Cream Cheese is a cheese-like spread made from refined coconut oil and plant starches. As GOOD PLANeT Foods' CEO David Israel explains, "Our plant-based cheeses are almost identical to the real thing. The new cream cheese spreads wonderfully on your favorite bagel and is great in countless recipes, like cheesecake, where a person wants the traditional cream cheese flavor and texture but without the dairy." The formula is not only free of dairy, but also of the other seven most common allergens, including nuts, soy, eggs, and wheat. The Plant-Based Cream Cheese is also vegan-friendly, halal, kosher, and Non-GMO Project Verified.