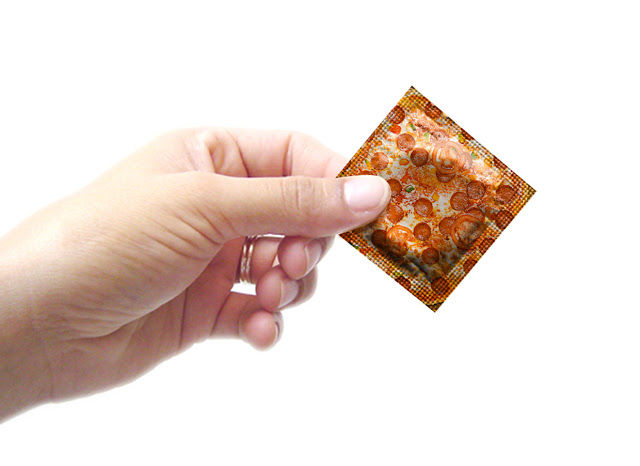 Vasiliki Marapas — January 23, 2015 — Lifestyle
References: behance.net & packagingoftheworld
Pizza and condoms are not necessarily two things you would think about together. However, designer Malygina Marina shows us that the two have more in common than we might initially think.

The Russian designer's condom packaging concept was inspired by a pressing conundrum: sex vs food? If you had to choose, which form of pleasure would you willingly give up? It may seem like an impossible dilemma, but it is one that Marina attempts to address in her design.

Pizza and sex are also important staples in American culture, often being referenced in film and television. The condom packaging is targeted towards today's youth, who are immersed in a hedonistic culture that is reflected in all forms of media, glamorizing and consuming things like pizza and sex in excess.
5.8
Score
Popularity
Activity
Freshness