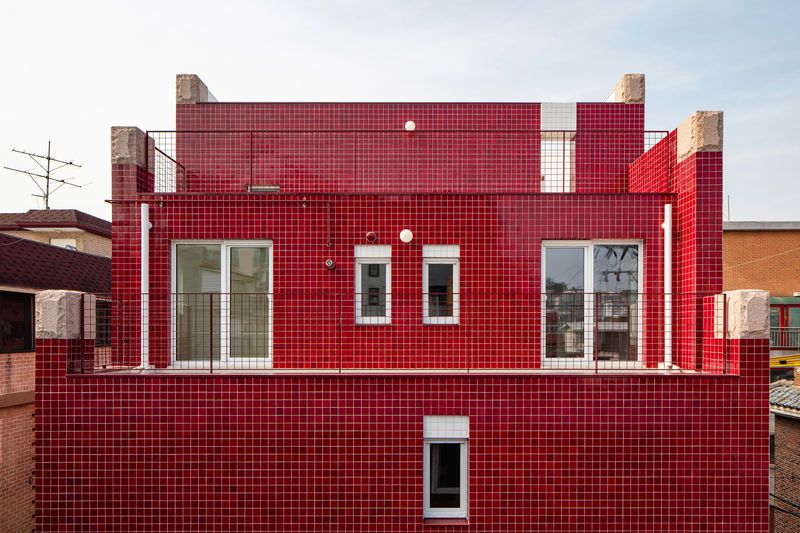 Kalina Ned — January 20, 2020 — Art & Design
References: aoaarchitects & dezeen
Share on Facebook Share on Twitter Share on LinkedIn Share on Pinterest
A pixel building is erected in Seoul, South Korea, and the facade is successful in capturing the attention of passers-by as it is made out of tiles and offers a nice juxtaposition between white and red colors. The structure presents a stepped form that is symmetric in its expression.

Intended to be used as an apartment block, the inspiration behind the pixel building is somewhat interdisciplinary. On one hand, the structure is intended to pay homage to the popular video game Minecraft. On the other hand, it also references "colorful LEGO bricks and the stepped gabled of traditional Belgian houses," as well.

Aoa Architects titled 'Cascade House.' While the first floor is going to be used as a shop, the upper levels are there to house five families.