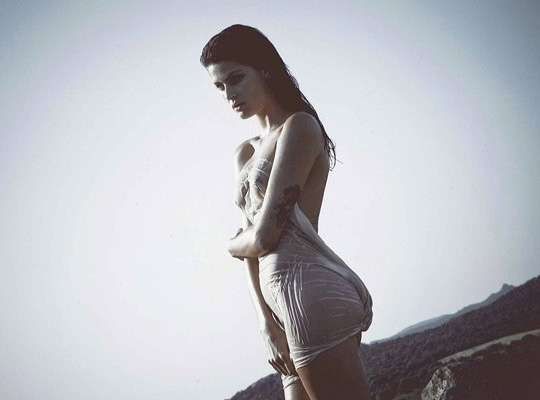 Souzan Michael — August 27, 2011 — Fashion
References: pedestrian & highsnobiety
Share on Facebook Share on Twitter Share on LinkedIn Share on Pinterest
Fashionistas, men who love beautiful women and anyone who is into incredible photography (so, everyone), mark your calendars, because the Pirelli Calendar 2012 comes out on December 6, 2012 this year. The annual calendar is always shot by one of the biggest and most renowned fashion photographers of our time. Patrick Demarchelier shot the calendar in 2008, followed by Peter Beard in 2009, Terry Richardson in 2010 and Karl Lagerfeld in 2011. This year, the honor went to photography giant Mario Sorrenti.

The Pirelli Calendar 2012 features some of the biggest models in the world, like Lara Stone, Kate Moss, Mila Jovovich, Rinko Kikuchi, Saskia de Brauw and Isabeli Fontana in different stages of undress.

Sorrenti told critics that "natural feminine beauty" was the theme of the calendar, and that is easily seen in the simple, stunning shots.
6.2
Score
Popularity
Activity
Freshness
Jeremy Gutsche Keynote Speaker