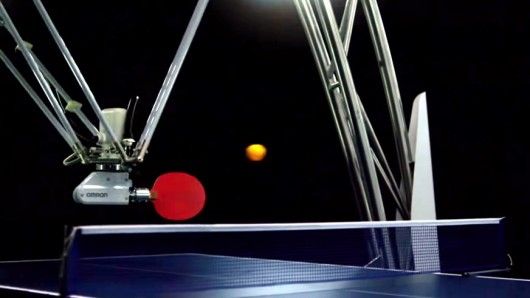 This Robot Can Engage In Long Ping Pong Rallies

Rahul Kalvapalle — October 18, 2014 — Tech
References: omron & gizmag
Japanese firm Omron has created an ingenious ping pong-playing robot that demonstrates decent skill with a paddle. This robot is not capable of taking on and defeating even an intermediate-level human opponent, but is capable of partaking in long rallies while making sure the ball lands on the table and not on the ground.

The ping pong-playing robot is an example of how sensing and control technology can be used to create robots that can work and play with humans.
2.9
Score
Popularity
Activity
Freshness