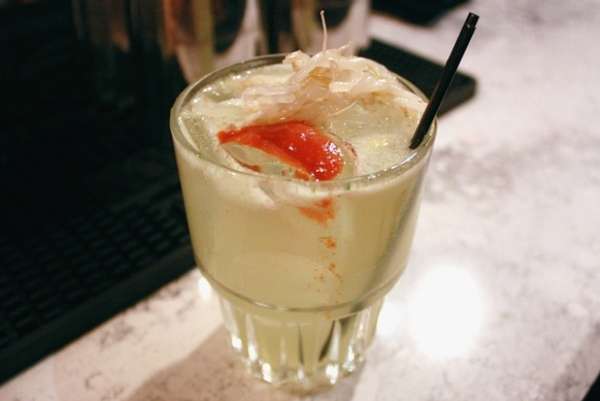 The drink is made of the same ingredients that make up the broth of pho, along with gin or vodka. Emmanuelle's bartenders added spices such as cinnamon and star anise cloves to the adventurous cocktail. In addition, fresh ginger, onions and lime juice augment the drink. To complete the authenticity of the drink, the bartenders added bean sprouts and the famous sriracha hot sauce as garnish.

The pho cocktail doesn't come as a surprise, since the dynamic mixologists have a impressive portfolio of quirky cocktails.
2.2
Score
Popularity
Activity
Freshness
Get Better and Faster