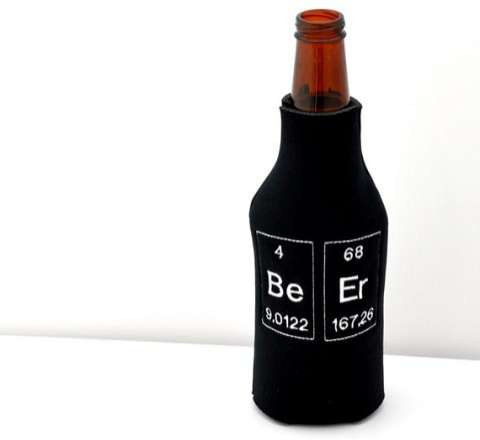 In case you didn't know, when sandwiched together, the symbols for Beryllium and Erbium spell the word "Beer." I recently took chemistry and not even I could remember that, which speaks to just how scientifically inclined you have to be to understand the hilarity of this beer kozy. Despite my failings at deciphering the meaning of this kozy, I think I could still find a place for it in my heart and kitchen cupboard.
3.4
Score
Popularity
Activity
Freshness