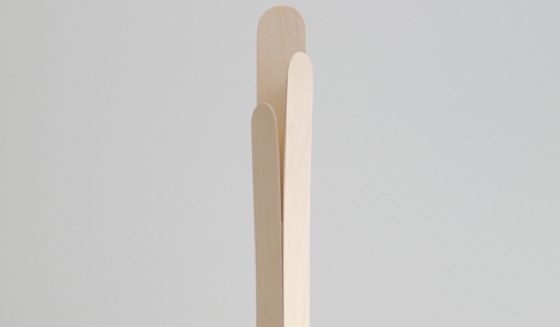 Amelia Roblin — January 5, 2014 — Art & Design
References: oato.nl & leibal
Share on Facebook Share on Twitter Share on LinkedIn Share on Pinterest
As far as arboreal-inspired coat racks go, the Peel Coatrack was developed with a different kind of aesthetic approach. Instead of featuring a slender trunk and twig and branch-like pegs, this piece has a sheath that resembles pared back bark, offering places to hang several garments.

Designed by Oato, the Peel Coatrack appears to have been made almost exclusively from birch plywood from Finland, giving its timber form that signature crisp minimalism that is distinctly Scandinavian in style. There are six round-tipped strips that curl gently away from the upright post, inviting you to store bags, hats, jackets, outerwear and all sorts of other articles. Its clean look complements its purpose of dealing with household clutter.
2.9
Score
Popularity
Activity
Freshness
Get the 2021 Trend Report FREE