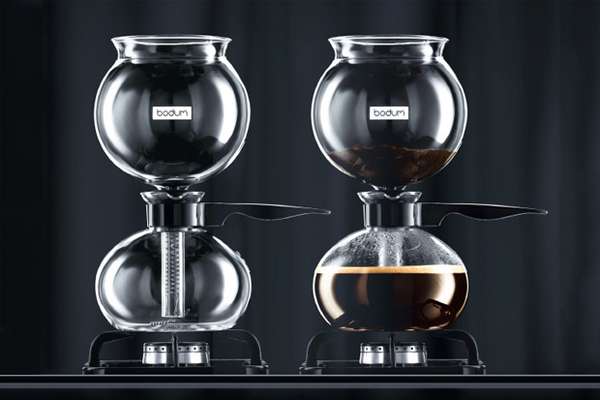 The PEBO Vacuum Coffee Maker is Optimal and Sculptural

Meghan Young — May 5, 2012 — Art & Design
References: bodum & gearpatrol
The PEBO Vacuum Coffee Maker is a stunning shape that appears to be modeled after the classic hourglass. Made up of two bulbous shapes, one rested on top of the other, it is a stunningly sculptural alternative to the traditional coffee machine. According to Gear Patrol, "The resultant rich black coffee resembles brews made with a French press."

Designed by Switzerland-based company Bodum, the PEBO Vacuum Coffee Maker allows people to witness the brewing process from start to finish thanks to being predominantly made out of borosilicate glass. This particular material is stovetop-safe, extremely strong as well as scratch- and heat-resistant. A bonus feature of the glass is that it won't become cloudy overtime, thus maintaining a fresh look for years to come.
1.6
Score
Popularity
Activity
Freshness