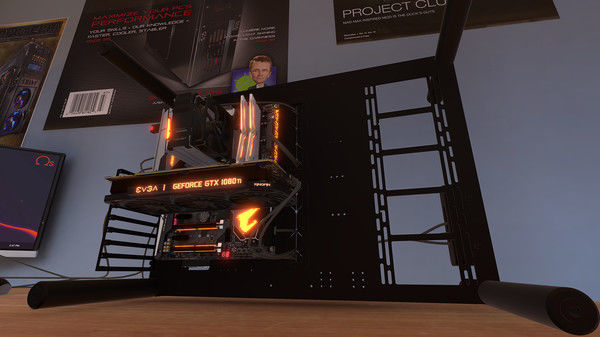 Justin Lam — April 2, 2018 — Tech
References: store.steampowered & rockpapershotgun
Share on Facebook Share on Twitter Share on LinkedIn Share on Pinterest
PC Building Simulator is an incredibly interesting game, not because of technical prowess, but because it serves as an almost-perfect tool to show first-time PC builders exactly what they need to do. The tech-nerd edutainment software currently features a huge range of officially licensed components and a basic "career" mode that tasks players with challenges to incrementally upgrade their machine. The premise as a game is incredibly basic, but the true appeal of PC Building Simulator isn't as an entertainment tool, as it functions better as an educational tool towards building a truly custom PC.

PC Building Simulator is currently available on Steam's Early Access program, but the development team already has plans for its expansion as a full title. Features such as installing dual GPUs, cable management skills, overclocking and installing water cooler systems are all slated to be added to the game as it progresses in development.
5
Score
Popularity
Activity
Freshness
View Innovation Webinars