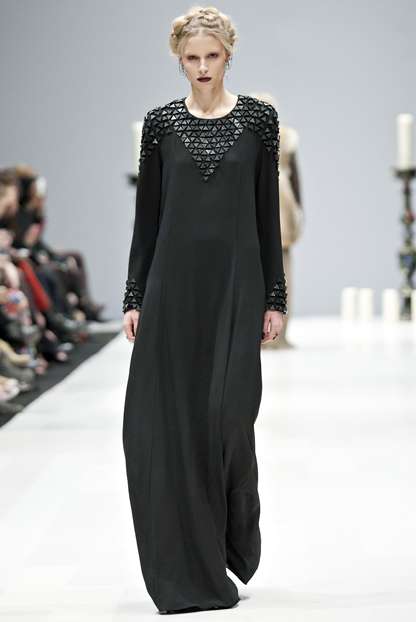 The Chloé Comme Parris Fall 2012 show displayed leather-clad designs and gold-studded embellishments. Very little color was shown, although there were hints of beige and dark green throughout. Even relatively frilly skirts were toned down with bulky sweaters, leaving much to the imagination.

Matching the occult theme of the Parris Fall 2012 pieces were large candles, a touch that adamantly confirmed the production's dark plot. The models were fittingly adorned with blacked-out lipstick and metallic accessories. Throughout the course of the Chloé Comme Parris show, the daring certainly came alive, as well as those looking to take a walk on the wild side.
4.2
Score
Popularity
Activity
Freshness
View Innovation Webinars