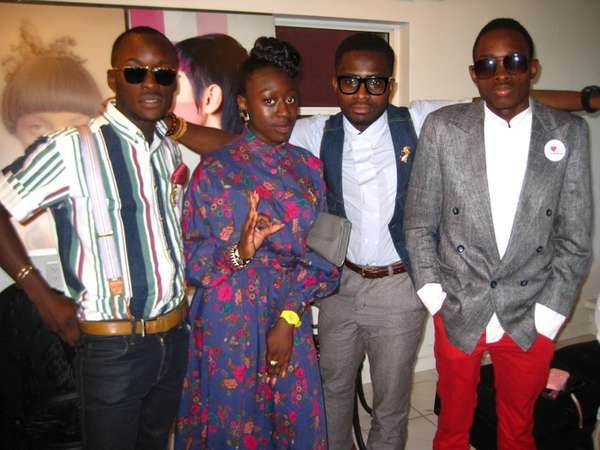 Zoe Badley — June 21, 2010 — Fashion
References: fudagraphy.tumblr & parloursalon
Share on Facebook Share on Twitter Share on LinkedIn Share on Pinterest
There’s nothing ordinary about a salon that plays funk music, has old-school furniture, a chill vibe and one bad-ass staff—but the Parlour Salon is far from the ordinary. The moment you walk in you’re more likely to want half your head shaved rather than the trim you had originally planned for—it truly is that hip.

Recently celebrating its one-year anniversary, Parlour Salon hosted a live hair installation put on by its stylists entitled ‘The Sound of My Hair.’ Since its opening day this salon has not only doubled its staff, but has seen an incredible growth in revenue.

The salon was transformed into a lounge which featured guests, d’oevres, cocktails and of course, the incredible photo installation that was shot by photographer Joe Fuda. Not only were the hairstyles a knockout, but the fashion was beyond incredible.

Be sure to check out the gallery for more photos from the Parlour Salon one-year anniversary event.
4.2
Score
Popularity
Activity
Freshness
Jeremy Gutsche Keynote Speaker