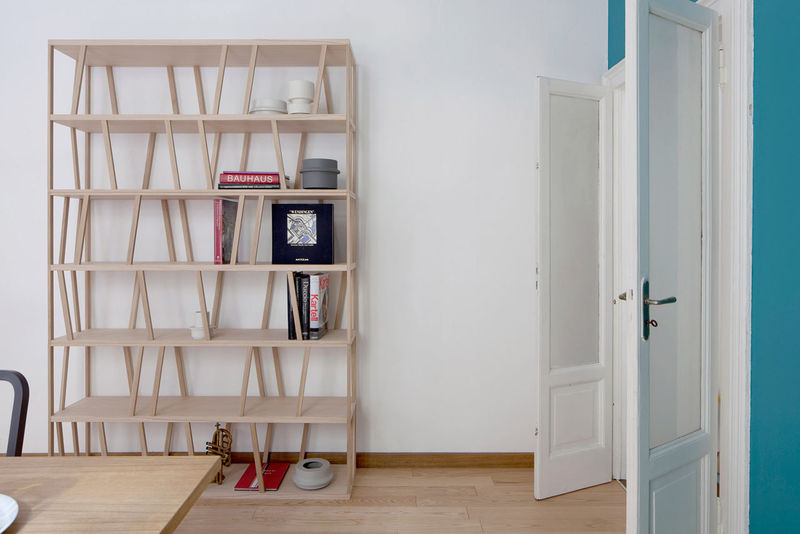 Given the physically unenclosed and large nature of Tilta, it can also act as a separator, dividing rooms on either end of the piece. Depending on one's preference, it can also be mounted on to walls within homes.

The wooden beams are slightly tilted, allowing household wares to be stacked in numerous formations. This adds even more visual appeal to this unmatched Paolo Cappello design.