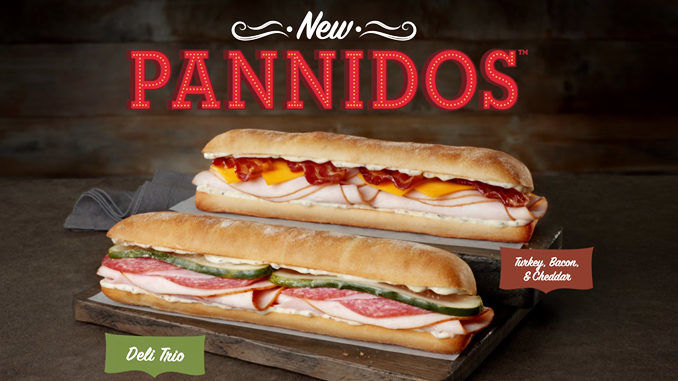 Jack in the Box is Bringing Its Famous 'Pannidos' Back

Jack in the Box's new Pannidos were recently spotted at locations in California, Washington State, Nevada, Texas, and Tennessee. According to eagle-eyed diners, there are two new Pannidos to choose from: the Deli Trio Pannido and the Turkey, Bacon & Cheddar Pannido. The former consists of smoked turkey, ham, salami, pickle slices, and a creamy Italian sauce, while the latter consists of smoked turkey, crispy bacon strips, and cheddar cheese slices. Both are served on a slim, toasted ciabatta baguette and packaged in a no-mess bag for easy on-the-go dining—much like the original Pannidos released back in 2004.