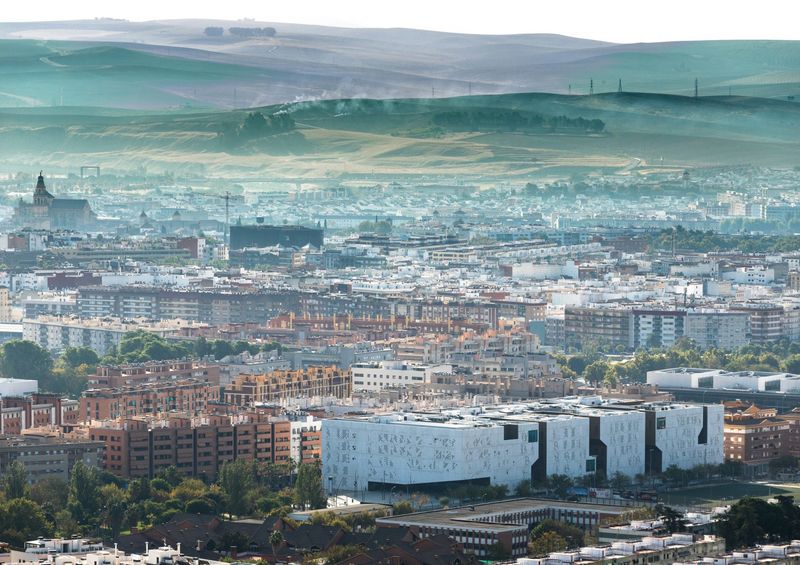 Joey Haar — January 26, 2018 — Art & Design
References: dezeen
Dutch architecture firm Mecanoo recently completed the Spanish city of Cordoba's Palace of Justice, and the design makes reference to local history. Cordoba has a rich history, having been the capital of the Roman province of Baetica, a capital in the Umayyad empire, and eventually a key city through the Spanish middle ages. The Palace of Justice recognizes that history, with a design that hints at the design tendencies of those various ancient and medieval dominions.

The building has a puzzle-like structure according to Mecannoo, which is reflective of the dense cultural mosaic that pervades the city. Its facade features a series of tiles with an abstract design stamped into them, almost like a map of an ancient, foreign city. The building also comprises several enclaves that make it more dynamic and mysterious.
1.2
Score
Popularity
Activity
Freshness