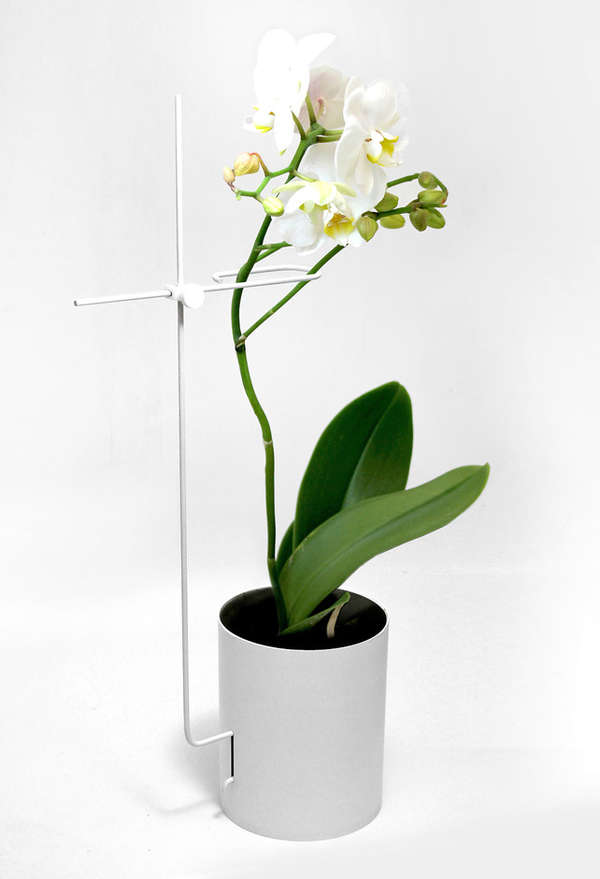 The Orchid Pot by Yeonju Yang is Streamlined and Sophisticated

Meghan Young — October 24, 2012 — Art & Design
References: yangripol & fastcodesign
Share on Facebook Share on Twitter Share on LinkedIn Share on Pinterest
While orchids themselves are perhaps one of the most elegant flowers out there, the vases and planters used to bring them into the home are far from aesthetically pleasing; the Orchid Pot has come to the rescue. The classic, albeit unsightly, stick and clip combo has been improved in such a simple and stylish way, it is surprising no one decided to tackle it before this.

Designed by Yeonju Yang, one half of London-based studio Yang:Ripol, the idea for the Orchid Pot came about after five years of regularly tending orchids. She says, "It’s funny how sometimes things stare at you in the face for so long until the designer mind clicks in and you realize--here is actually a problem which needs resolving." Replacing the clip with a hook, the look is much more streamlined and sophisticated.
2
Score
Popularity
Activity
Freshness
Jeremy Gutsche Keynote Speaker