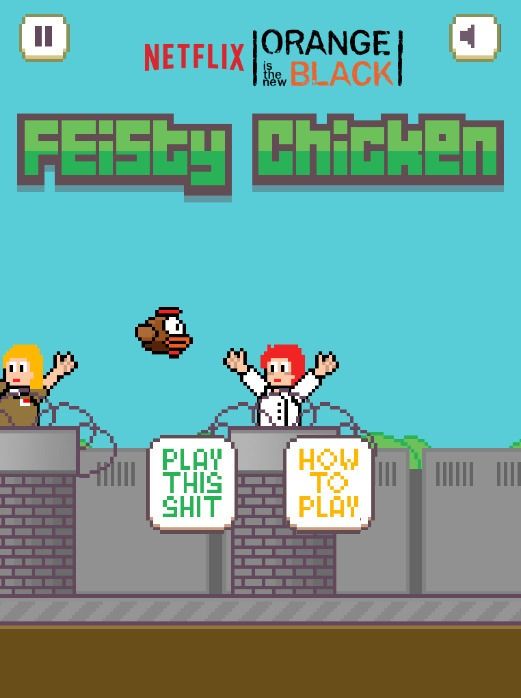 Laura McQuarrie — June 7, 2014 — Tech
References: feisty-chicken & mashable
Now that Orange Is the New Black season 2 has returned, there will no doubt be a lot of people tuning in to see more of the crazy adventures of Piper Chapman in prison. The first episode of OITNB was released on Netflix and as part of a funny promotion for the return of the show, Netflix created 'Feisty Chicken,' a playable spoof of Flappy Bird.

Back in season 1, the prison's chef Red offered a reward to any inmate that could catch the chicken and of course, this set off a crazy chicken hunt. In the Feisty Chicken game, you'll play as a chicken, flapping your way through brick walls topped with barbed wire and it's your mission to fly the coop.
2
Score
Popularity
Activity
Freshness