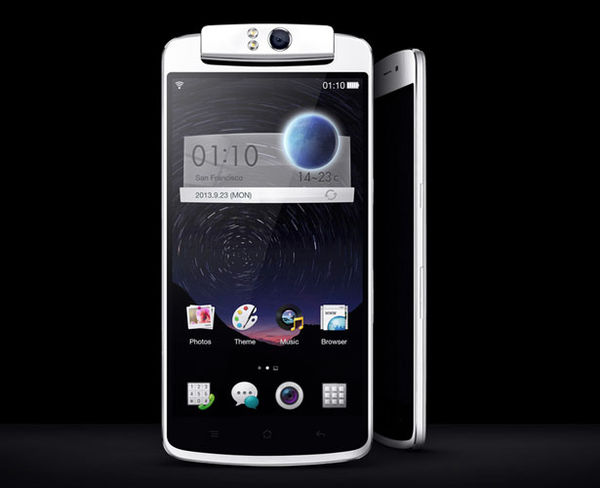 Michael Hines — October 15, 2013 — Tech
References: oppodigital & tuvie
Chances are that the first thing anyone will notice about the OPPO N1 Smartphone is its camera. The concept eschews the traditional two-camera design that most new smartphones have in favor of one camera that rotates. That's right, the front and rear camera of the OPPO N1 Smartphone are the exact same, which ensures that your selfies will be just as good looking as all the other pictures you take. Said camera packs 13 megapixels and an LED flash.

In addition to its rotating camera, this smartphone packs a 5.9-inch HD screen that is large enough for marathon texting and 'Candy Crush' sessions. It's all powered by a 1.7 GHz Qualcomm Snapdragon 600 quad core processor. The phone appears to be in the conceptual design stage, but the idea of a rotating camera is one that may become a reality sooner rather than later.
1.5
Score
Popularity
Activity
Freshness