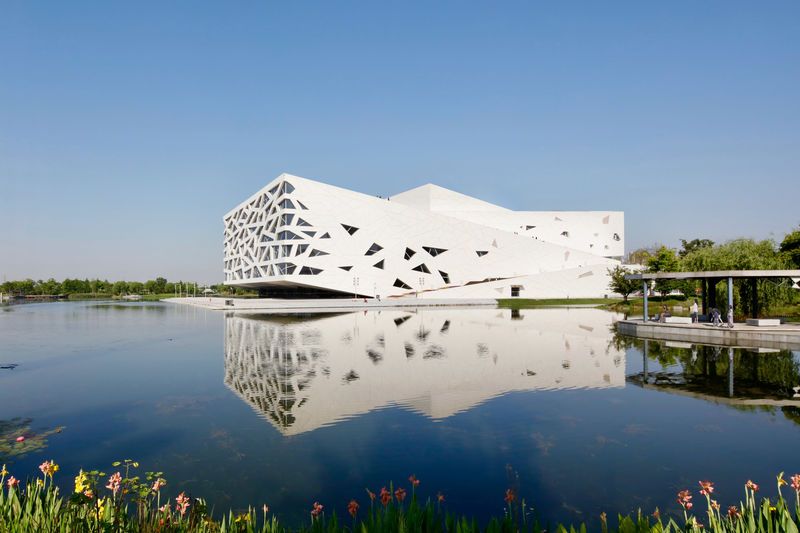 Kalina Ned — July 15, 2019 — Art & Design
References: henninglarsen & dezeen
Share on Facebook Share on Twitter Share on LinkedIn Share on Pinterest
The new opera building in Hangzhou, China takes design cues from the aesthetics of an iceberg. Located on the city's waterfront, the architecture is the work of Henning Larsen. The practice opted in for a white facade that "is punctuated with geometric windows" that evoke "a pattern like cracked ice on a frozen lake."

While the facade of the opera building is surely strikingly interesting, the interior is also quite majestic with an auditorium that seats 1,400. In addition to this, Henning Larsen was mindful to include spaces for public recreation, which undoubtedly brings up the functional status of the opera building. People can climb a top of the building and marvel at the lake. In addition, the structure is connected to a public plaza and features a theater that can open to the plaza, facilitating an open-air venue.