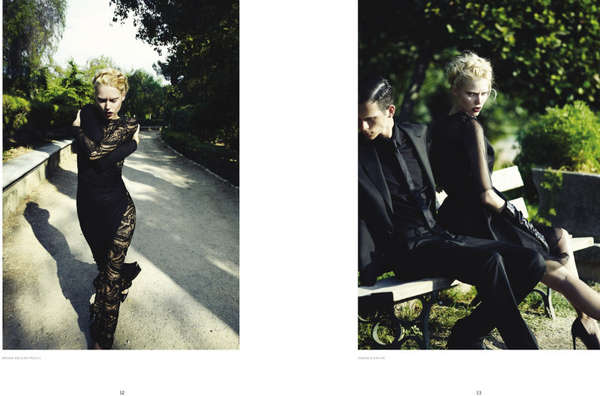 The One Magazine October 2012 Photoshoot Stars a Dark Nasia Mylona

Meghan Young — September 13, 2012 — Fashion
References: dimitriskoulos & fashiongonerogue
Share on Facebook Share on Twitter Share on LinkedIn Share on Pinterest
Fall is descending over those residing in the Northern Hemisphere and with that comes a darker frame of mind, which is clearly what the person behind the One Magazine October 2012 editorial was in. A Gothic love story, the photoshoot focuses just as much on elegant ebony ensembles as it does on dramatic film noir scenes.