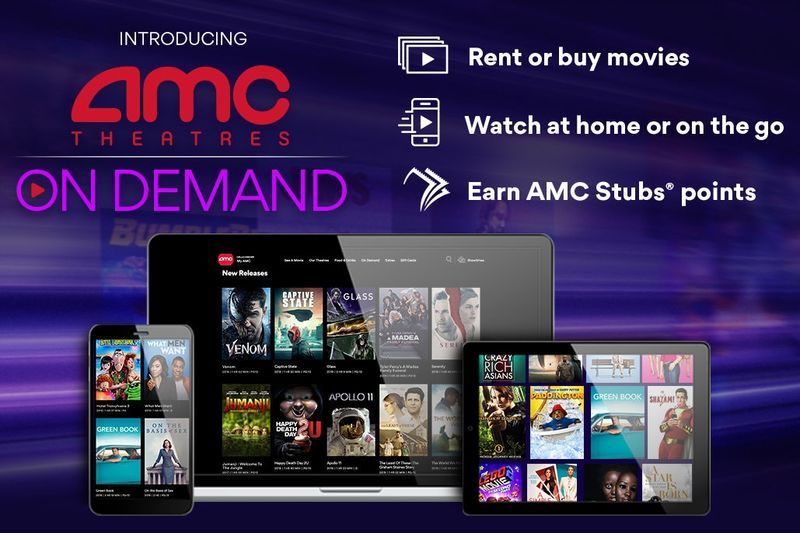 Daniel Johnson — October 15, 2019 — Tech
References: amctheatres & engadget
Share on Facebook Share on Twitter Share on LinkedIn Share on Pinterest
It has been reported that AMC Entertainment will launch an on-demand movie service. The service is titled AMC Theaters On Demand and it will be an online marketplace, where consumers are able to select from 2,000 films that can be purchased or rented.

Films will be eligible for the on-demand movie service after they have been released in theaters. The service will be only available in the United States and prices will range anywhere from $3 to $20. AMC Theaters On Demand is scheduled to soon be available to consumers.

In order to launch the service, AMC had to make agreements with some of the largest movie studios, including Disney, Warner Bros., Universal, Sony as well as Paramount. The new service will also allow AMC Entertainment to compete with many popular streaming services.