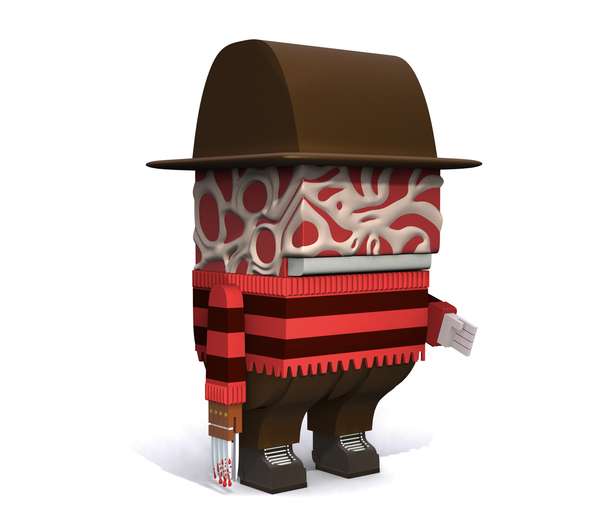 Ana Lopez — December 6, 2011 — Art & Design
References: flickr & behance.net
Share on Facebook Share on Twitter Share on LinkedIn Share on Pinterest
Spanish artist Raul Real aka Ojofrito has an interesting portfolio of 3D creations that seem to come out of futuristic comic books. These 3D characters are funny and entertaining as they have shapes and styles that come from the artist’s imagination. Round, square, with eyes, without eyes; these cartoon are a battalion of pop culture icons with creative makeovers.

This group of characters are all squared; similar to a trash can, only with hands and legs. Pop culture figures like Dracula, Frankenstein and Freddy Krueger are transformed into block subjects that are faceless, rigid and certainly not frightening.

The Madrid-based graphic designer also shows 3D characters that, as opposed to being squared, are all round. It would be cool to create a cartoon show with all his creations.
2.1
Score
Popularity
Activity
Freshness
Jeremy Gutsche Keynote Speaker