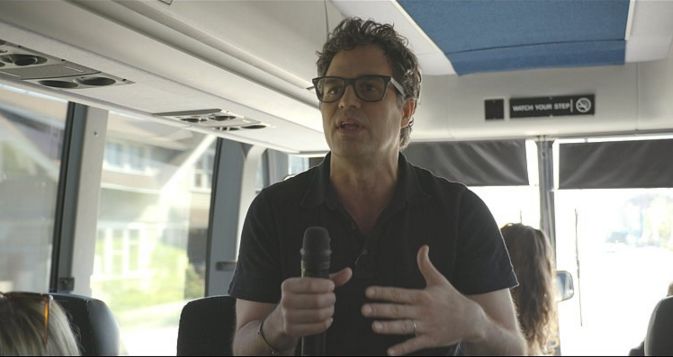 Katherine Pendrill — March 3, 2016 — Eco
References: hollywoodunited.org & good.is
Share on Facebook Share on Twitter Share on LinkedIn Share on Pinterest
Actor Mark Ruffalo recently led an industrial tour of Los Angeles’ oil and gas operations as a way to raise awareness about urban drilling. Following a recent methane leak in the San Fernando Valley, there has been a growing demand to shut down much of California's oil and gas development. Ruffalo is now lending his name to the cause by helping other influential individuals understand how dangerous the situation has become.

To rally Hollywood support for the closure of oil and gas operations in California, Ruffalo led a tour of some of the most notorious urban drilling operations. The tour was attended by many influential individuals, including Leonardo DiCaprio, Rashida Jones and Diane Kruger. The stars were shown some of Los Angeles' newly revived oil fields and informed about how the operations have impacted the surrounding neighborhoods.