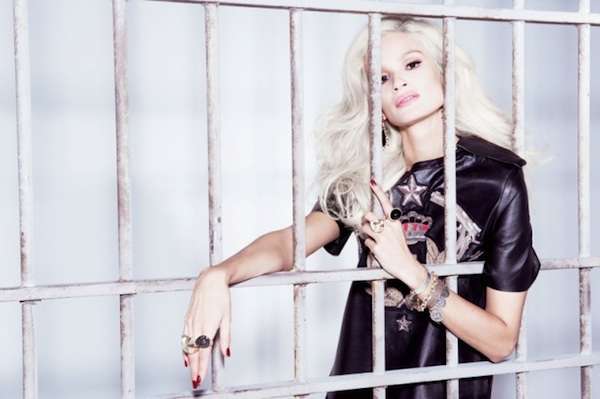 Carol Ribeiro Breaks all the Rules for OF Magazine August 2013

Sarah St.Jules — July 23, 2013 — Fashion
References: fashiongonerogue & rdujour
Share on Facebook Share on Twitter Share on LinkedIn Share on Pinterest
Rules were made to be broken when it comes to the fashion industry, and OF Magazine August 2013 issue takes that theme literally. The subject -- or jailbird -- of this editorial is Carol Ribeiro, who plays the perfect jewel thief. Unfortunately, her luck has run out, and she is being sent to jail.

Throughout the shoot, Ribeiro is in a mix of dresses with luxurious fabrics such as fur, but the clothes are not the star of this editorial. She is wearing extravagant jewelry and accessories that seem to get bigger as the shoot goes on. In the end, Ribeiro gets off free, and exits a cell in a stunning blue cape-inspired top, tight black pants and a statement necklace large enough to stop traffic. The OF Magazine August 2013 issue and Carol Ribeiro make jail look sort of fabulous while displaying jewelry that may be worth serving time for.
4.6
Score
Popularity
Activity
Freshness
Attend Future Festival Virtual