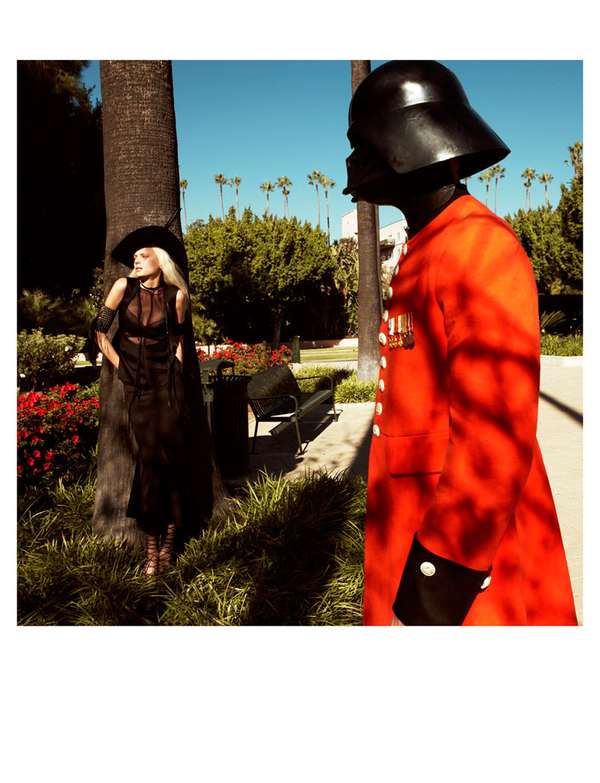 Rebecca Byers — February 25, 2012 — Fashion
References: xaxor & fashiongonerogue
Model Sigrid Agren stars in a sci-fi infused editorial for Numero 131 that combines the latest fashions with an array of otherworldly masks and headdresses that add an eerie tone to the stylish Hollywood shoot. The shoot was styled by Patti Wilson and features spring fashions from designers such as Givenchy, Roberto Cavalli, Calvin Klein and Rick Owens. Sigrid is seen walking the streets of Hollywood for Numero 131 with a masked male companion, who switches his look between more abstract mask concepts to some familiar faces like Darth Vader and CP30 of Star Wars fame.

The shoot, titled 'Hollyweird,' was photographed for Numero 131 by Greg Kadel on a set designed by Peter Klein. Half of the images appear in black and white, while the colored photos make use of accented hues, sometimes even matching the creepy masks to the beautiful flowers nearby.