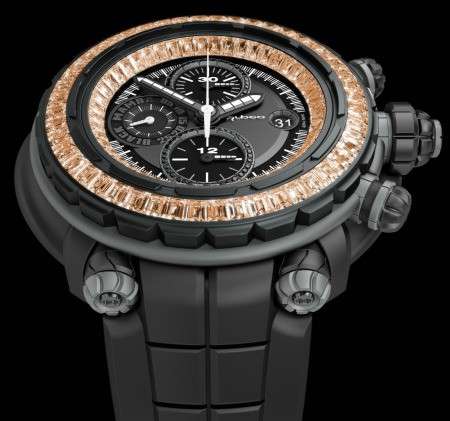 Kobe Bryant Collaborates With Nubeo for the Nubeo Black Mamba

Nubeo says that Kobe Bryant played a huge role in the design of the Black Mamba, even naming the watch after his on-court moniker. There will be three iterations of the Nubeo Black Mamba, each featuring ocean and jellyfish-inspired organic shapes. Black titanium and black sapphires will bling out the Black Mamba MVP, which is set to retail for $285,000.
2.5
Score
Popularity
Activity
Freshness
Jeremy Gutsche Keynote Speaker