Aurora Jewelry Projects Patterns of Light Onto Your Skin 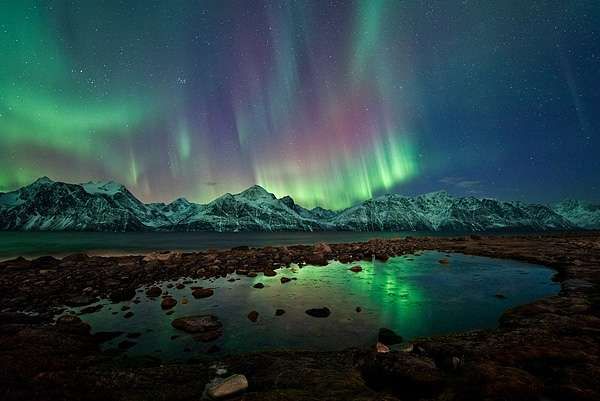 Jordy E — March 21, 2012 — Eco
References: news.nationalgeographic
Share on Facebook Share on Twitter Share on LinkedIn Share on Pinterest
A group of talented space weather science experts have captured Norway’s aurora display this past February in the Lyngan Alps, a beautiful setting located within the Tromso region. Witness to a coronal mass ejection (CME), or rather a solar eruption of charged particles and heated gas, the natural occurrence was responsible for the largest solar storm since 2003. The pictures reveal that aside from being a remarkable scientific exhibit, the Norway Aurora was also a breathtaking occurrence.

Although the CME phenomenon may sound like a cause for concern, the process has actually been responsible for creating the northern and southern lights. As such, the crews privy to the Norway aurora got to witness a spectacular galactic display. The electric greens, blues and purples released by the eruption were nothing short of prodigious, and moreover provide a clear cut reason for why it is that artists consistently emulate these events.
6.4
Score
Popularity
Activity
Freshness
Get Better and Faster

Aurora Lamp to set the Mood