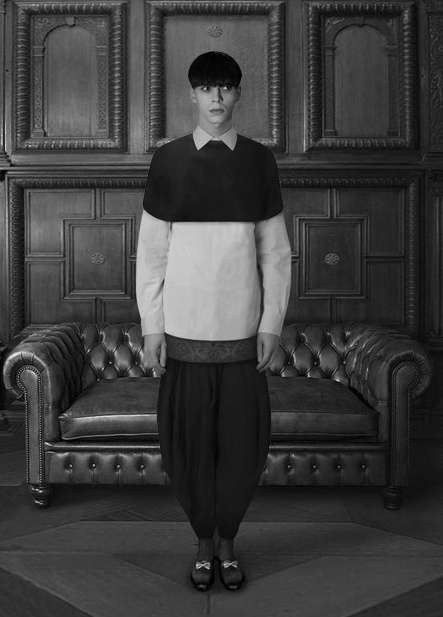 trendstop.com — May 25, 2010 — Fashion
References: trendstop & the-non
Share on Facebook Share on Twitter Share on LinkedIn Share on Pinterest
The NON Fall Winter 2010 Collection, called The Golden Dawn, is presented in a dramatic and atmospheric lookbook. The British menswear label was inspired by the magical order that was founded in Great Britain in the late 1880s, a period characterized by increasing interest in occultism and secret societies. The lookbook is both reminiscent of those successful individuals who rose to unbelievable heights, as well as those who became victims of their own creative imagination.

The NON Fall Winter 2010 Collection embodies a variety of re-contextualized styles and culminates in an eclectic mix of shape, pattern and materials. Luxurious details, velvets and subtle details promote an English eccentricity that is exacerbated through the addition of monogrammed slippers, bow-ties and oversized capes.