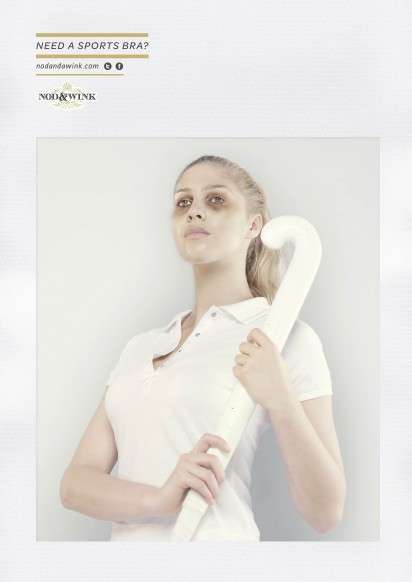 The Nod and a Wink Campaign Asks "Need a Sports Bra?"

Meghan Young — February 7, 2013 — Fashion
References: cogent & ibelieveinadv
Share on Facebook Share on Twitter Share on LinkedIn Share on Pinterest
The Nod and a Wink ad campaign looks quite serious, that is until people read the tag line: "Need a sport's bra?" Taking in the women's resolute expressives and athletic gear, people will quickly realize that no foul play was involved, only a couple of poorly secured breasts. Yes, the black eyes were caused by bouncing boobs.

Conceived and executed by Cogent Elliott, an ad agency based in London, United Kingdom, the Nod and a Wink ad campaign will capture people's attention thanks to the great portraits and ridiculous situation the women have found themselves in. Thanks to Nod and a Wink, bruised eyes will be a thing of the past. It was art directed by Jason Vinciguerra with photography by Ian Winstanley.
5.3
Score
Popularity
Activity
Freshness
View Innovation Webinars