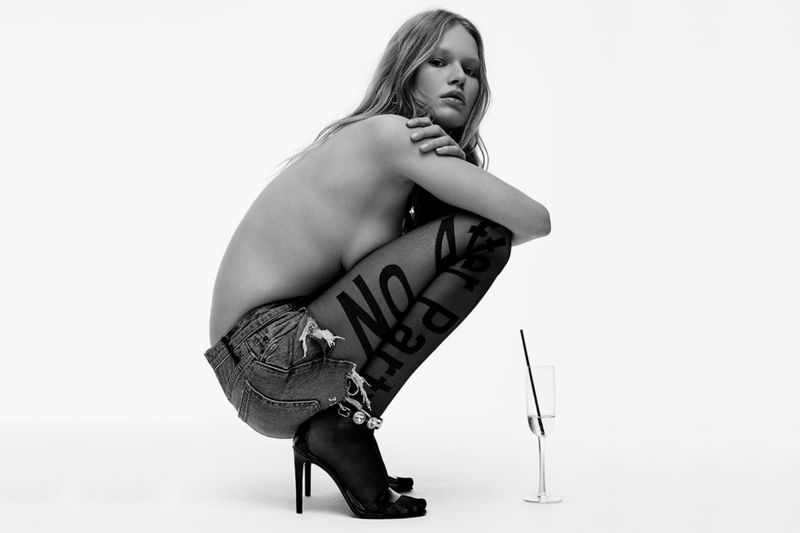 Alexander Wang's 'No After Party' Tights Were Recently Released

Riley von Niessen — February 14, 2017 — Luxury
References: alexanderwang & hypebae
Share on Facebook Share on Twitter Share on LinkedIn Share on Pinterest
Just a short while ago, the Alexander Wang 'No After Party' tights were debuted on the runway during New York Fashion Week. More recently, the designer's unique graphic accessories have become available to the public, in addition to a selection of apparel.

Along the side of one leg, the tights state the slogan in bold lettering, bringing a statement appeal to any ensemble. Other pieces in the capsule collection include t-shirts, long-sleeve crewnecks and cut-off shorts, all of which make use of the same graphics that are featured on the No After Party tights. T-shirts and long-sleeves are offered in white and black variations, and graphics are featured in red and white, respectively. The shorts feature the slogan in black instead.

To maintain the hazy party feel that's reflected by the slogan, the apparel shows the words repeated overtop of itself, making it look as through it's being viewed through a drunk lens.
6.9
Score
Popularity
Activity
Freshness
Access Advisory Services